The concept of a digital twin first came up in 2000 when Michael Grieves at the University of Michigan, wrote about using this technology at that time. Simply the technology of a digital twin is a virtual representation of the elements and dynamics of a physical object or a system. It is an interesting concept, not only that, it contributes a lot to the development of many sectors such as manufacturing, health care, industrial IoT, etc.

What is a Digital Twin?

In medical science, identical twins are two people who have the same physical features and are very similar in appearance. So here the word “twin” depicts the physical appearance of the model which is created with the same features of the initial object. A digital twin is not a replacement for the initial object. It can act as a seer, who can see into the future – not only the future of physical assets but also the current state as well. A digital twin gets the help of sensors that are attached to the object, to capture the current state of it including the object’s composition, dynamical systems and other identifying features.

What are the uses of this technology?

It contributes to the development of sectors including the business world, medical purposes, aerospace industry, transportation and many more. Each and every sector grows gradually with new inventions and new working systems. Digital Twin technology can carry out trials on newly built devices based on these inventions. Through that, you can predict the possible problems of a device, before they occur. A physical object can be evaluated using its virtual model.

The use of twin technology for the development in different sectors

First, these duplicates can be used as testers which gives us the opportunity to do experiments before launching new products. Being able to predict the forthcoming problems before they occur is also a huge advantage of this technology. The following are the ways in which it is used in different sectors.

Industrial production has become more convenient and more efficient while making the best use of resources. Using this technology, it paves the path to evaluate productions’ success in monetary terms. This virtual model can be used to do different changes and test whether the product can be used under different circumstances. For an example, a test can be done to see how a certain environmental factor affects a product without taking the initial object to the real existing environment.

Digital twin technology captures the behavioral and operational data of the vehicle and helps to analyze the overall vehicle performance. Using digital twins in automobile industry will potentially save many unplanned costs and miles through road testing and maintenance. Simply this technology helps to improve the vehicle performance in every way.

This digital twin technology gifts a lot of benefits to the business world as well. Improvement in Research and Development (R&D) processes, strengthening profitability, enhancing productivity, improving the maintenance of the infrastructure and predicting maintenance issues to prevent any failures in the organization are some of them.

A fully functional digital twin offers comprehensive and predictive analytics. For example, an aircraft incorporated with this technology would be able to foretell future engine failures based on previous data it has collected. After the year 2002, NASA has been practicing the use of this notion digital twin for years and have used digital twins to monitor its space stations and spacecraft to ensure crew safety. Hence, this Digital Twin technology which consists of all the AI (Artificial Intelligence), ML (Machine Learning), IoT (Internet of Things) and Big Data, will be revolutionary in the modern world as it immensely contributes to the growth of many sectors and even the betterment of human beings. 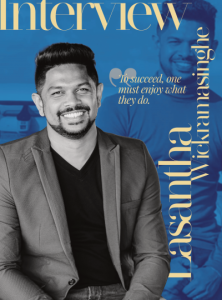 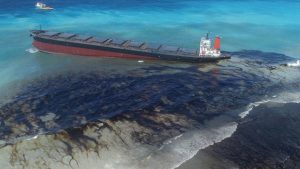