In the 2020 World Bank report on “Getting to Work: Unlocking Women’s Potential in Sri Lanka’s Labor Force”, Sri Lanka is ranked 20th in the largest gender gap in labor force participation at the workplace, with a low rate of 36%. This comes as surprising as the results contrast with Sri Lanka’s achievements in Human Capital Development such as high levels of female education and low total fertility rates. According to the analysis, the World Bank report highlights the main reasons behind the low rate as the household roles and responsibilities, human capital mismatch, and gender discrimination in job search, hiring, and promotion process.

This is a problem that prevails not only in Sri Lanka or in the South Asian region. Many countries often fail to offer gender equality and diversity in the workplace. Governments are making and amending policies and raising awareness, but still, the situation remains the same. Many steps can be taken at the individual level and at the organizational level to promote gender equality and offer a diversified workplace.

Organizations can take the lead to change their cultures, to promote gender equality and diversity. One way to do this is the language. In the past, most of the job roles were named after the gender which dominated that particular profession. Firemen, Policeman, Chairman, Waitress, Seamstress are few such examples. With time both men and women started to work in every field regardless of gender, but up to date, gender-biased job terms are used and practiced at the workplace. Some people may find those terms harmless, but if you look upon it from a gender studies point of view, it comes as being biased, making the other gender subordinated. This has become one of the underlying reasons for certain jobs being dominated by a certain gender. Studies have shown that a job advertisement consists of gender-biased terms and pictures that are more likely to receive applications from the biased gender than the others. This often leads to a lack of gender diversity in the related field or the industry.

The use of proper salutations is another way to promote gender equality. Traditional Business salutations were Mr., Miss, and Mrs. which are used for addressing men, unmarried women, and married women, respectively. However, the use of Miss and Mrs. has become very old-fashioned because of the belief that the marital status of a person is irrelevant at work; hence the use of the term Ms. is now considered to be the most business-appropriate way to address a woman.

All gender-biased terms have gender-neutral alternatives. Organizations can promote the use of such terminology during formal and informal communication. 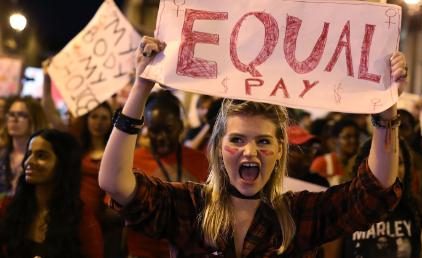 From a study conducted in Sri Lanka in 2016 by the International Labor Organization (ILO), out of the 500 married women interviewed, 45% of the women who had been previously employed had given the household responsibility as their reason to give up the job. One of the underlying reasons for giving up the job for the household is the less flexible working environment for the women at the organizations. Introducing part-time working, stay at home working, flexible hours
may encourage newlywed women and new mothers to continue their jobs. Providing support in childcare and eldercare for those who are in need is another initiative that can be taken, as the above reasons can often lead to frustration and giving up the job. On many occasions, there are childcare centers and preschools associated with the organizations.

Although it is still not popular here in Sri Lanka, contemporary organizations are now promoting parental leave where not only the mother but the father will also be given leaves after childbirth so that both parents can actively participate and involve in the child’s duties.

Sexual harassment is gender-based discrimination faced by employees at work. Sexual harassment can be defined as “Any unwelcome sexual advances by words or actions used by a person in authority, in a working place or any other place”. Sexual harassment may include unwanted physical contact and advances, words or comments of sexual nature, dirty jokes, showing pornographic materials, demanding, or requesting sexual favors, and sharing of abusive emails and visuals. Sexual harassment in the workplace can be of two types. First is Quid Pro Quo which means “This for that” in Latin and refers to demanding or requesting sexual favors in exchange for work benefits like higher salary or promotion. The second type is a hostile working environment which means frequent inappropriate sexual advances made to an employee. Those may be dirty jokes, comments, unwanted physical contact, or any verbal or physical misconduct, but people rarely complain, or report events related to sexual harassment. The reasons may be fear of making things worse, fear of losing one’s reputation and job, lack of awareness of the laws related to sexual harassment, or simply because of low self-esteem. A study focused on workplace sexual harassment in Sri Lanka found out that most Sri Lankan women are not sufficiently aware of the sexual harassment that happens in different domains of daily life. Many are aware of sexual harassment in public transportation and other violent incidents like rape and assault due to the publicity given by the media, but they lack awareness about workplace sexual harassment. 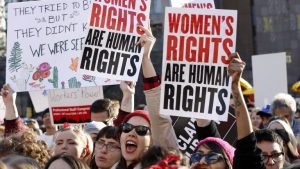 workplace. According to the Equal Employment Opportunity Commission (EEOC) of the United States, in 2015, 17.1% of the sexual harassment cases had been filed by men. The actual number may be much higher than that as men are often more reluctant to report than women. It is due to men being afraid of being mocked by fellow employees and people often believing that men cannot be sexually harassed by a woman or another man. The sexual harassment incidents faced by men include revenge for refusing sexual advances, unwanted physical contact, and sexual comments and jokes.

“For encouraging women in coming forward and reporting about the sexual harassment they experienced, in 2017 TIME magazine name those ‘Silent Breakers’ ( the women who have come forward to report about their sexual harassment at the workplace) as their ‘Person of the Year” and make them the magazine front cover”.

Society has stereotyped certain professions so that they are limited to a certain gender which results in people of the opposite gender struggling to climb up the career ladder. Not only certain professions but also leadership and senior management positions have also been gender-stereotyped. Society embraces leadership roles to be controlling, dominating, emotionless, and strong which are often considered as traits specific to men. Women find it difficult to advance into senior management and leadership roles in organizations due to gender stereotyping. This situation which prevents people, especially women, from being elevated to senior-level positions within an organization due to gender-biased attitudes is called the “Glass Ceiling”.

“But now the ‘Glass Ceiling’ is cracking and in 2019, 29% of the senior management positions were held by women globally which is the highest number recorded so far according to research conducted by catalyst.org”. 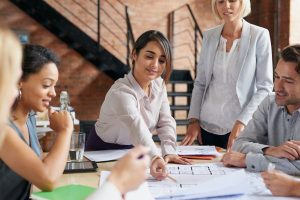 Over the past decades, more men have entered the “Pink-Collar” jobs like nursing, primary school teaching, childcare, and secretarial work. While women face the ‘Glass Ceiling’ effect in their careers, men encounter “Glass Escalator” which refers to rushed promotions of men over women into higher management positions as if they are on a moving escalator due to the under-representation of men in the female-dominated fields. On the other hand, although men encounter “Glass Escalator” which is a clear advantage, men in ‘Pink-Collar’ jobs often struggle against negative stereotypes and face gender discrimination as well.

Organizations can initiate various strategies like promoting and encouraging open conversation on the issues faced by employees, providing gender-neutral training and development programs, mentoring programs, and recognizing talents and skills without being biased and allowing people to pursue their passion in any field despite their gender.

Gender identity is not always binary, and the world has become more open about non-binary gender identities. Although this is a controversial and taboo topic in Sri Lanka, many countries have taken steps to advocate non-binary gender communities including LGBTQIA. LGBT communities often face discrimination and recrimination due to their gender identities in society and the workplace is no exception. The discriminations include firing, denying promotion or hiring, and verbal, physical, or sexual harassment. According to the General Society Survey (GSS) 2012 by the University of Chicago, in the United States, 35% of LGBT respondents had reported having been harassed at work. 58% had responded to hearing disrespectful comments about their sexual orientation and gender identity in their workplace. Contemporary organizations have already taken initiatives to make their organizations more LGBT inclusive and friendly. Awareness 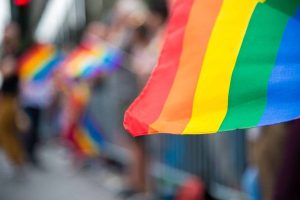 will make organizations have a wider talent pool, broad and different perspectives that spark creativity and a bigger customer base which finally gives higher profits. This gender-equal culture at the workplace should be an attitudinal change and everyone from top to bottom should actively participate in promoting it.

Every person has a right to do a job. People have different passions, and they should be able to follow their passion and work in any profession regardless of their gender identity. Workplaces should be places that promote gender equality while making people of every gender feel welcome and safe.

Is Flutter, the upcoming future of software development?

“When You Are Not Focused There’s No Win”